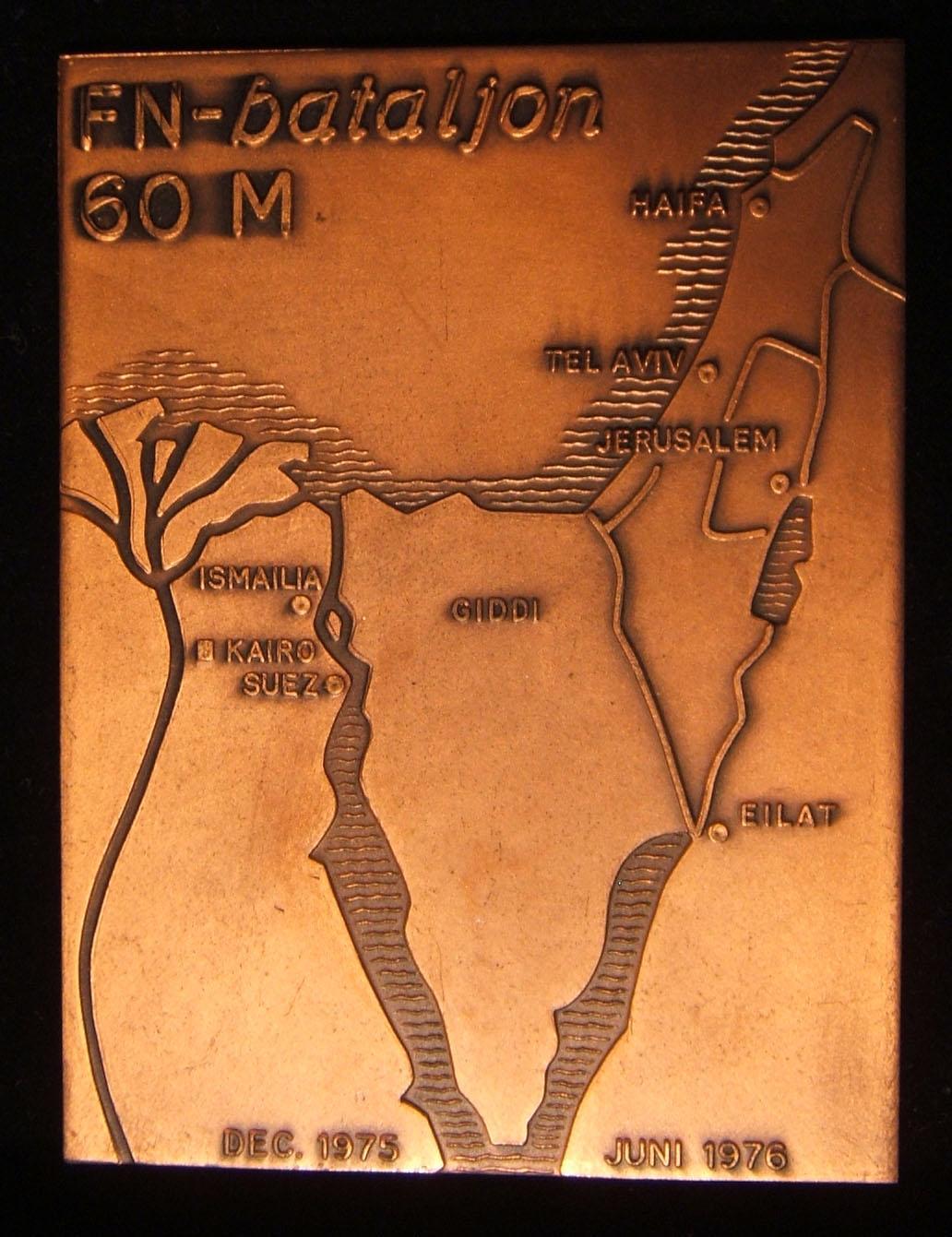 Hover to Zoom, Click to Enlarge
Ask a question about this product
Log-in to Bid
Description
Swedish "Swedbatt" 60M Battalion Sinai uniface commemorative service plaque in copper, 1976: plaque depicts the general location manned by the Swedish contigent of the Sinai based "United Nations Emergency Force II" between December 1975 and June 1976, with legend "FN-Bataljon 60 M". Unlike a similar commemorative piece issued for the "58M" Swedbatt (which preceeded 60M) with very precise unit positions, this plaque highlights in a general manner "Giddi" in the area of the Sinai peninsula: Giddi was a strategic pass held by Israel after the end of the 1973 War with Egypt, and in exchange for her withdrawal from there the US in cooperation with the UN peacekeeping mission established an electronic monitoring station there called the "Sinai Field Mission", to monitor access to the passes using seismic, aural and infra-red sensors monitored from 3 watch stations. The Sinai Field Mission operated from January 1976 until April 1982. In UNC; not marker-marked; weight: 174.9g; size: 73mm x 99mm.