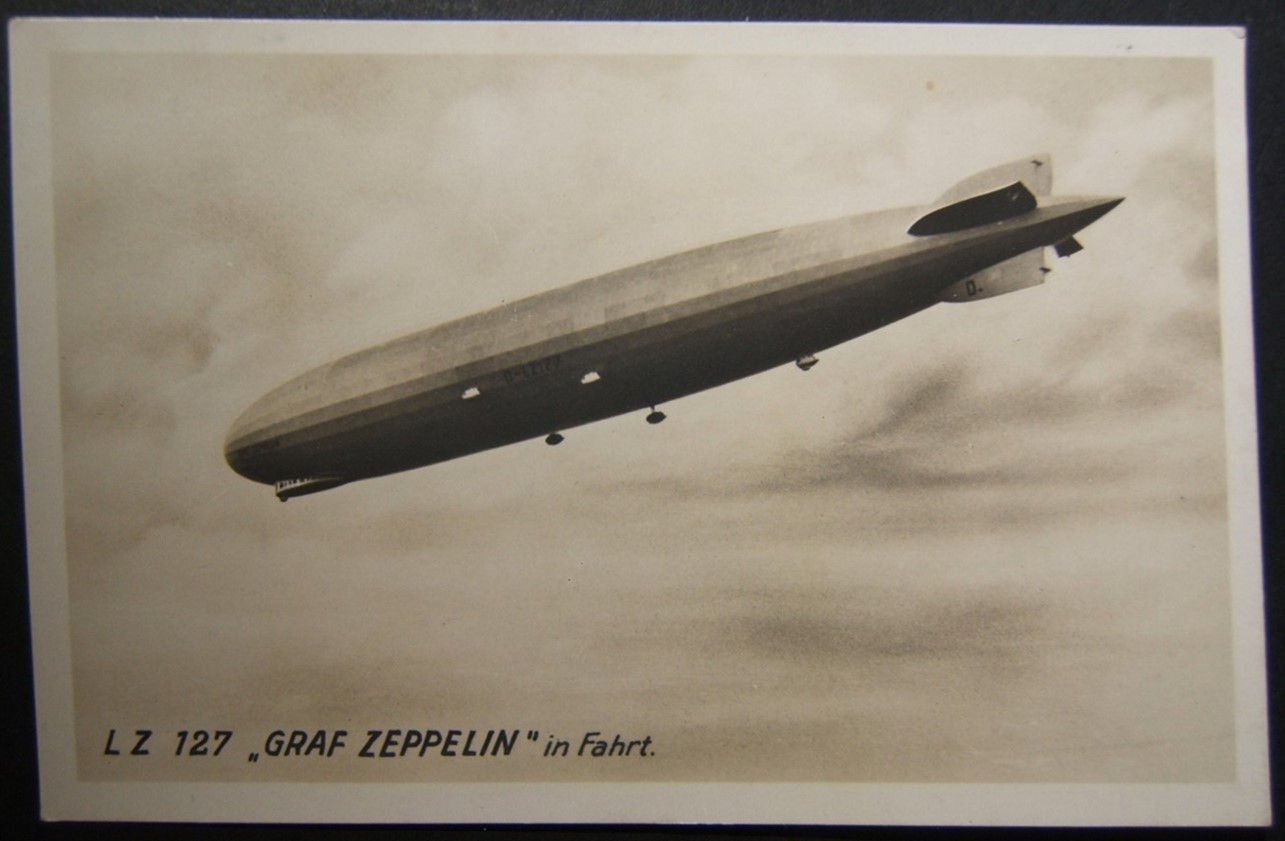 Hover to Zoom, Click to Enlarge
Ask a question about this product
Log-in to Bid
Description
Germany: Graf Zeppelin photographic promotional picture postcard of airship in the sky with title "LZ 127 'Graf Zeppelin' in Fahrt." ("in flight"); photographed & published by 'Awuco'/A. Weber & Co., Stuttgart, serial numbered 60447; used but in near-mint condition: copious notes on the back written by Jakob Sohn, Jewish professor of mathematics & physics at Nürnberg, dated 15-10-1928 who also notes "Rosh Hodesh [bet] Cheshvan 5689" & time 23:50, and apparent mathematics/physics calculations ("10000km from Nuremberg"). As per the date this would have been during the LZ 127's maiden 1st transatlantic flight (which began 11 Oct., from Friedrichshafen & ending Lakehurst NJ on the 15th, as per postcard's date). From some legible words on this and another postcard of Sohn's (next lot), it appears he was jotting down information based on radio broadcasts ("Radio Vienna"); Sohn was not on the flight's passenger list.


Product Tags: German, America,American Postcards, Zeppelin & Aerial postcards and Ephemera from Germany, United States and from 20th Century, 1920s which are Objects with Biblical or Jewish Religious references or Hebrew Dates, Object Related Specifically to a Personality or Key Event,