German photo postcard of Graf Zeppelin...
◀ Back to: Auctions 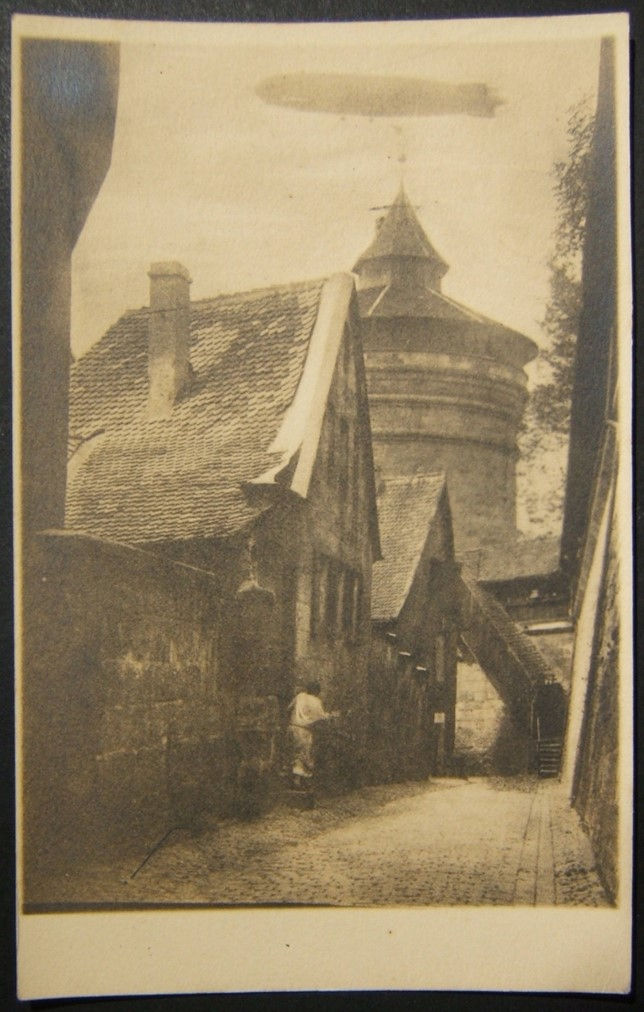 Hover to Zoom, Click to Enlarge
Ask a question about this product
Log-in to Bid
Description
Germany(?): Graf Zeppelin photographic picture postcard on matte surface of airship over medieval period Church (possibly in Nuremburg) c. 1928-1930, without title or artist attribution; produced by LKTD & marked on back by cachet of firm "Platten und Films" of Nuremburg. Unused: in near-mint condition. Depicted airship would be LZ 127, prior to 1937.