Holocaust-era Hungarian conversion...
◀ Back to: Auctions 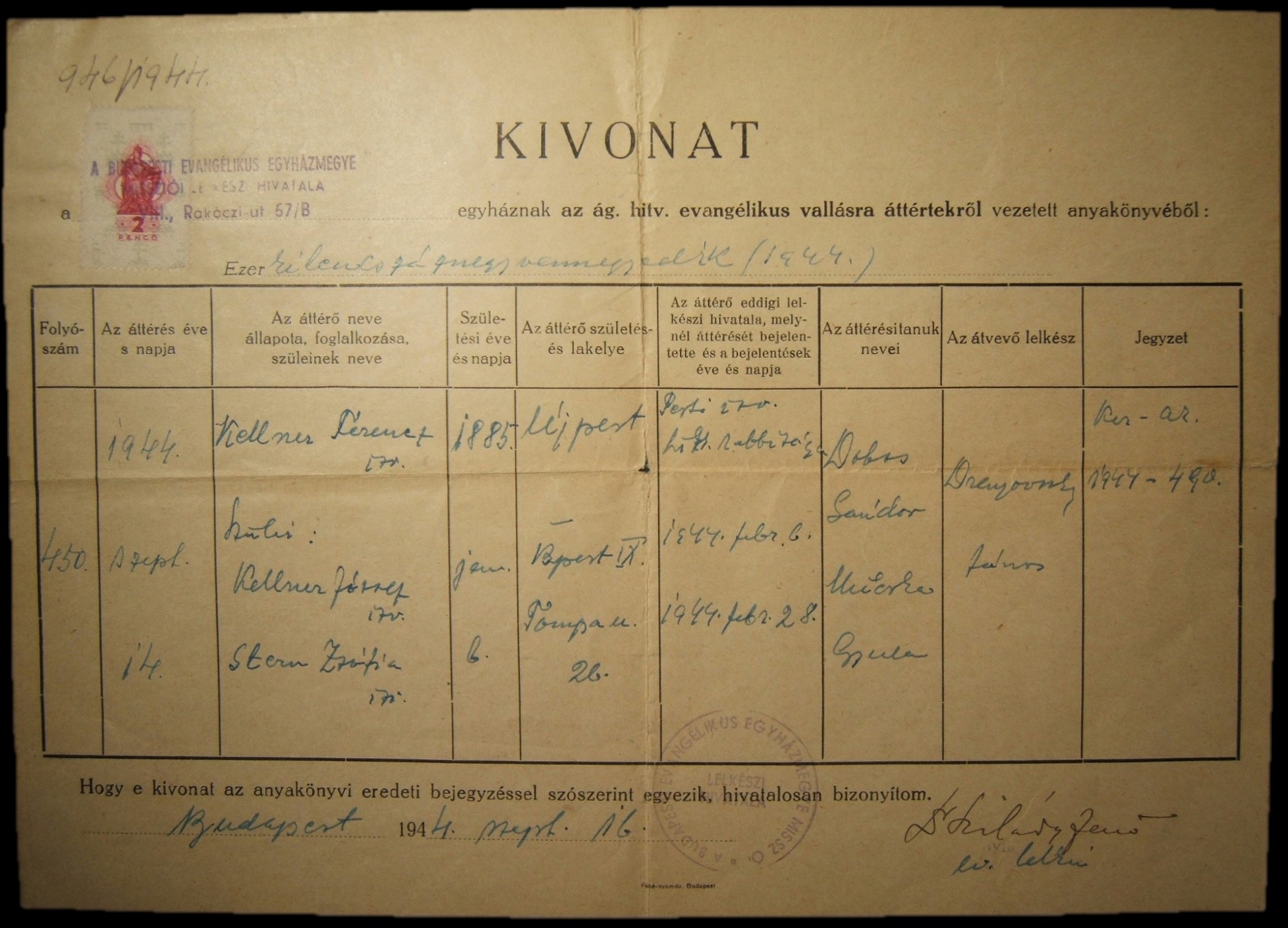 Hover to Zoom, Click to Enlarge
Ask a question about this product
Log-in to Bid
Description
Holocaust-era Hungarian conversion document: 16 March 1944 dated "extract" of the Budpest Evangelical Church confirming the conversion of 3 family members. Although the "Second Jewish Law" of 1939 had already defined Jews by race instead of just religion, thus altering the status even of those who had formerly converted from Judaism to Christianity, here on 12 March 1944 the Germans occupied Hungary ("Operation Margarethe") and in short order the new more pro-Nazi administration would begin the process of more forcefully implementing the Holocaust in Hungary and legalizing the local extreme right-wing Arrow Cross party (from 22 March).