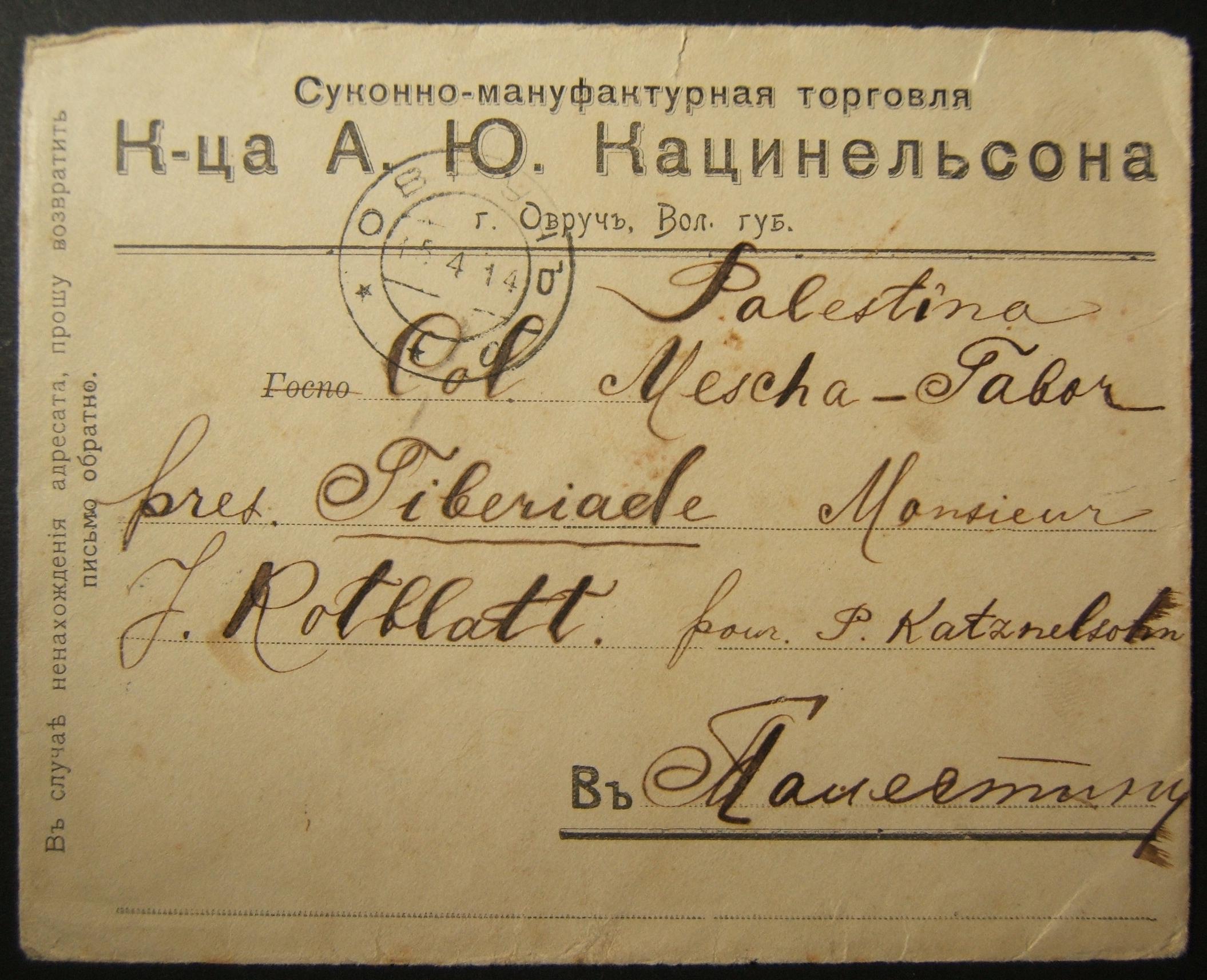 Addressee may be Pinchas Katznelson, who appears to have been of a Hassidic lineage (grandson of Rabbi Yitzchak, son of Rabbi Yehudah) but of a more secular orientation, involved in the forestry business, who returned to Russia later that year and stood to be drafted into the army in September & possibly a distant relative of the Zionist leader Berl Katznelson who was in Northern Israel at that time. Joseph Rotblatt was born in the settlement, was a friend of the future Palmach commander Yigal Allon - also a settlement native, and was killed in 1937 while serving as a 'Noter' (settlement guard). The Jewish settlement is now known as Kfar Tavor & was established in 1901 and initially called by the name of an earlier nearby Moslem town called Mesha (Mecha/Miskha). Backflap missing. Rare mail of a tiny settlement, especially as overseas incoming mail + as cover and not postcard.