Holyland Jewish colony mail from Haim...
◀ Back to: Auctions 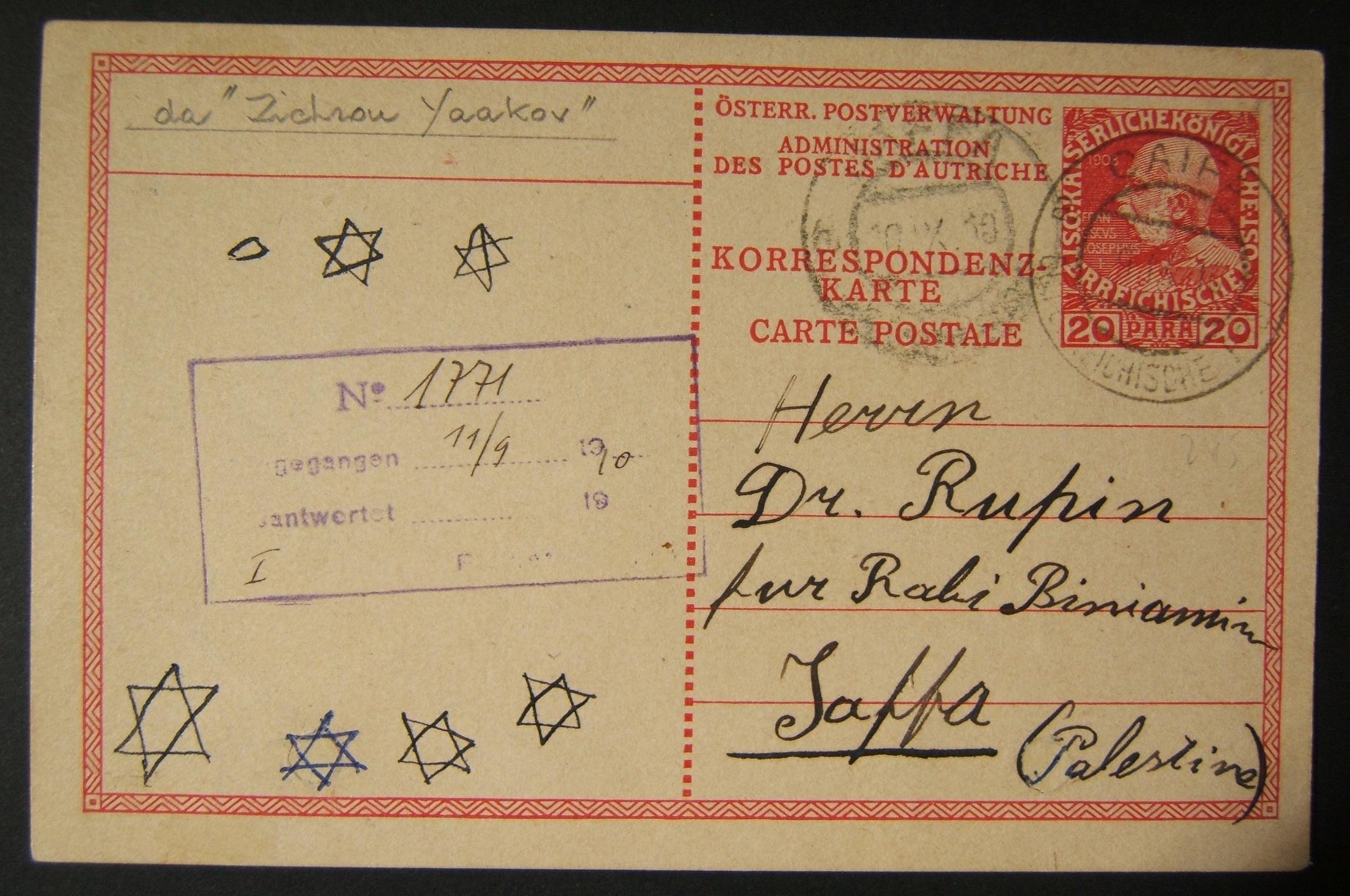 Hover to Zoom, Click to Enlarge
Ask a question about this product
Log-in to Bid
Description
Jewish colony mail (via Austrian PO): 9 IX 1910 Austrian prepaid 20 Para postal stationary postcard (1908 issue - Ba111) from Haim Dov (Rabbi Kantor of Shfeya - a Mohel & Shochet, one of the first settlers of Meir Shfeia, a tiny locale from which only 2 postcards are known posted of which one from R. Kantor) now in "Colonie" Zichron Yaakov; mailed via HAIFA (as Zichron Post Office only opened in 1912) to JAFFA, addressed to Dr. Arthur Ruppin (head of the Eretz Israel Office of the Zionist Organization) "for Rabbi Binyamin" (pseudonym of the Hebrew essayist Yehoshua Radler-Feldmann, 1880–1957, a founder of Kvutzat Kinneret and the Brit Shalom movement), tied by Austrian PO CAIFA A (Ba123) postmark + next day JAFFA B (Ba126) arrival postmark on front; marked by Ruppin's office cachet as received on 11/9/1910 and with Stars of David sketched on the front. Two filing hole refilled/repaired. Rare mail as associated with a Shfeya resident. Here not marked by "Zichron" line cachets as postcard predates their use (1911/13).