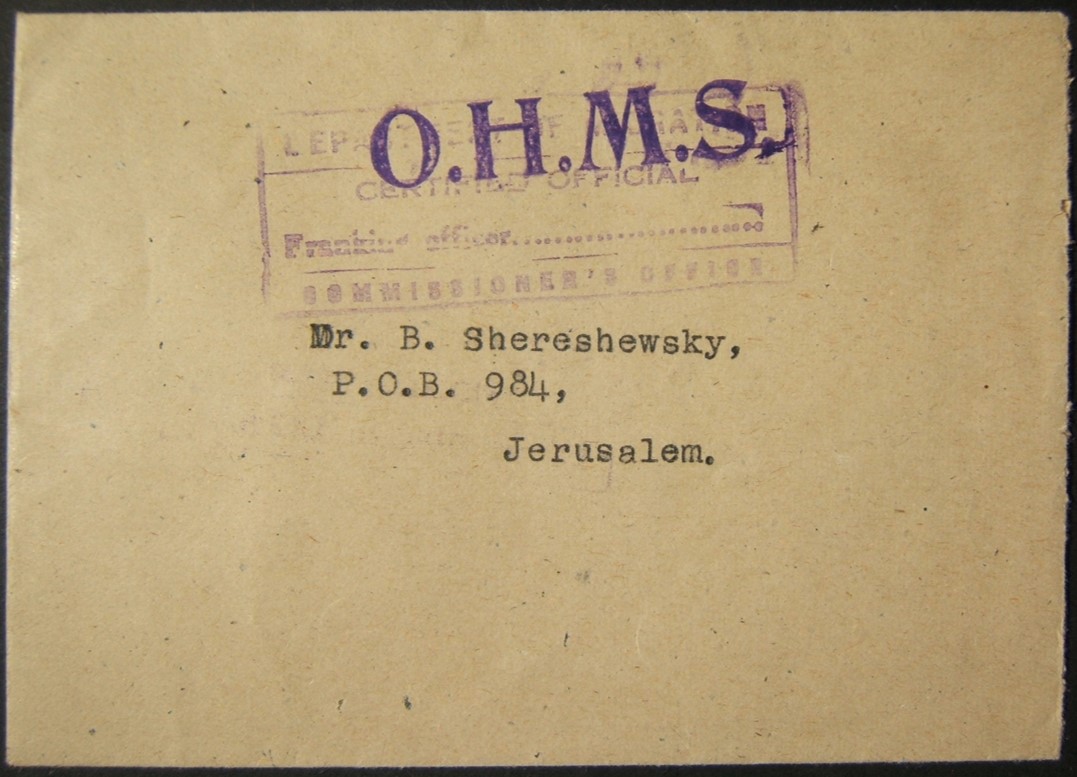 Hover to Zoom, Click to Enlarge
Ask a question about this product
Log-in to Bid
Description
Mandate postal markings: [13 JU 1947] stampless local JERUSALEM OHMS cover from Department of Migration to civilian, tied by Sach-57h DEPARTMENT OF MIGRATION | CERTIFIED OFFICIAL boxed cachet (front/back) - 8 years after Sacher's date, not postmarked; enclosed with rare government stationary form certifying issuance of immigration certificate to couple c/o the addressee, tied by Sacher unlisted endorsed violet boxed GOVERNMENT OF PALESTINE | COMMISSIONER'S OFFICE | DEPARTMENT OF MIGRATION boxed cachet: these "certificates" were a matter of life and death to Jews during the Holocaust (in light of the 1939 White Paper immigration restrictions), and a source of international pressure on the UK after, which refused to accept 100,000 Jewish immigrants afterwards, until October 1946, and then at 1500 a month - here this document as an example; here stated "valid for admission to Palestine not later than 30th June, 1948" - typed before 29 Nov. UN decision to partition Palestine on 14 May 1948. Rare assembly.