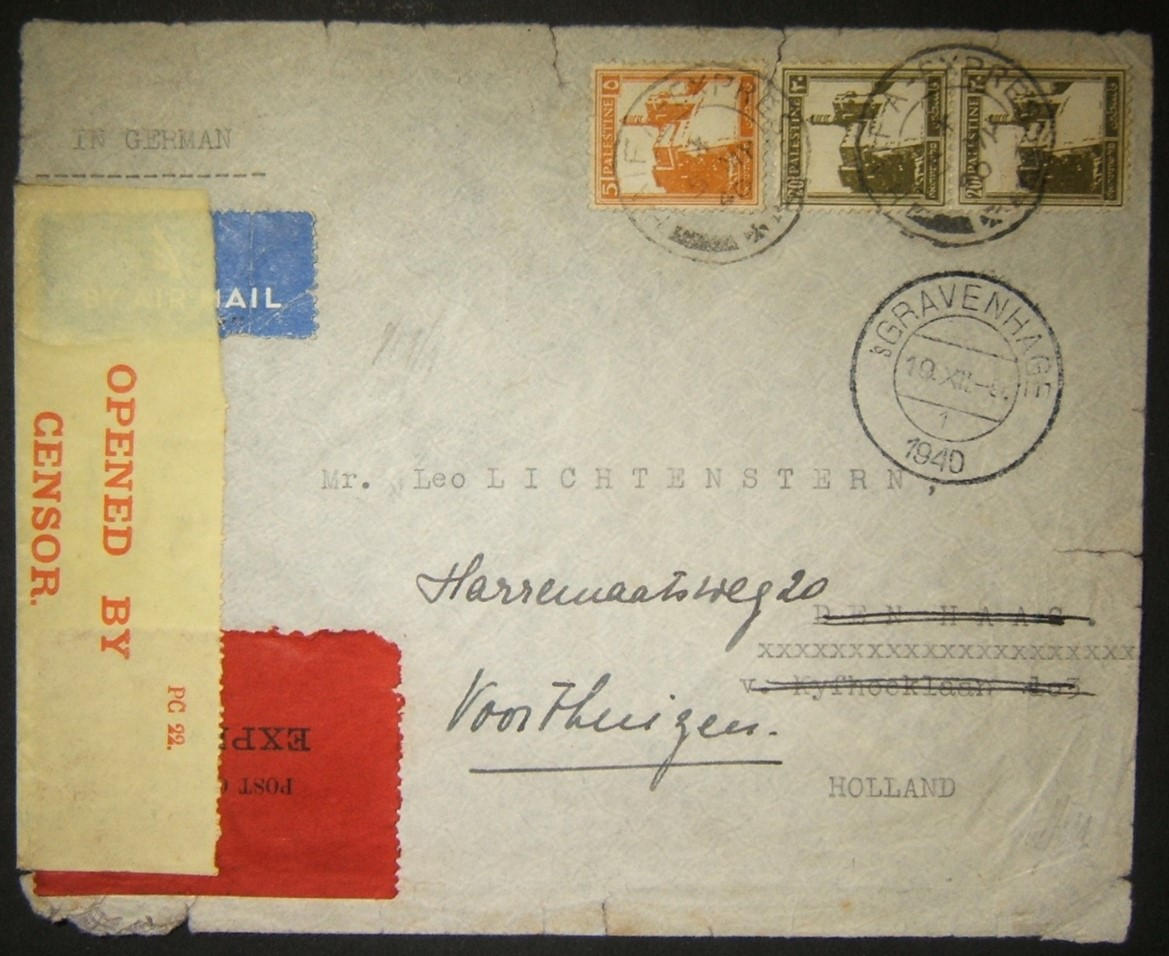 At the 25m airmail rate the cover could have been carried by KLM or Ala Littoria: as cover subsequently opened & sealed on back by German military censor (using scarce "Gepruft /Obercommando der Wehrmacht" label, Riemer B - 50), lacks any other countries' censor marks (eg. France/Switzerland), and front-stamped 19 XII 1940 GRAVENHAGE arrival (7-month transit), cover was probably transported by Ala Littoria via ROME where transmission disrupted by Italy's entry into the war (10 June) and Holland's surrender (15 May) and subsequently transported by surface mail via Germany (the censor markings don't indicate the regional office); the lack of "Palestine" in the return address may have aided in the cover's ongoing transmission & it was locally re-routed to VOORTHUIZEN.

The front-stamp is a key proving date confirming the cover's delivery in spite of the state of war between Britain and Germany: all postal services from Palestine to Netherlands were suspended as of 15 May 1940; mail posted but not dispatched would be returned to sender after submission to censorship & Netherlands was declared as territory in enemy occupation as of 1 June 1940. Slit open at top, several minor edge tears along the cover. Highly unusual postal link and handling, Jewish correspondence & not returned to sender and successfully delivered by the enemy + scarce rate. The local re-routing to an obscure locale may reflect the experience of the Jews in Holland at this time: in September Jewish newspapers were closed down & in November all Jewish civil servants were dismissed.