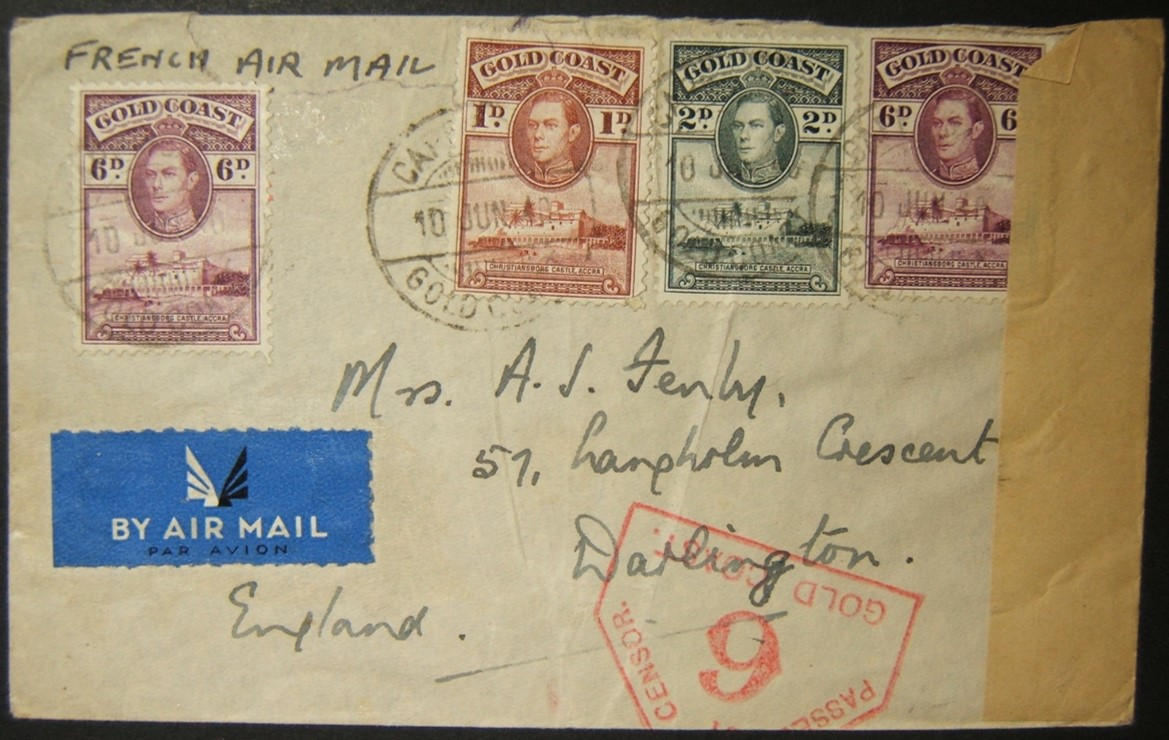 Hover to Zoom, Click to Enlarge
Ask a question about this product
Log-in to Bid
Description
10 JUNE 1940 / WWII Fall of France airmail from Gold Coast: 10 June 1940 airmail cover on "Methodist Book Depository" stationary from CAPE COAST (Gold Coast / Ghana) to DARLINGTON UK, franked 15d for the 1sh 3d postage rate for service via the French Aeromaritime Airline - with manuscript reference "French Air Mail" at top left - & tied by 4 strikes of local postmark; marked on front by Gold Coast censor 6 & opened/resealed with rare CCSG catalogued Ty-IAb ("no period") variety "GOLD COAST | OPENED BY CENSOR" label at right; opened roughly at top, complete. Rare postage period: on this date Italy declared war on France (to take effect midnight 10-11 June) and this drastically altered airmail routes in the Mediterranean and elsewhere. Here, the cover was carred by Aeromaritime on a newly expanded route as of April, from ACCRA (i.e. locally tansferred from Cape Coast) to DAKAR, from there to PARIS by Air France, then by air to LONDON. This route was sometimes used for mail to the UK as it was more direct than the BOAC service of the same cost (though here unavailable as of May 1940). Boyle records 20 June as the termination date of this French service although Italy's entry into the war on the 10th changed airmail routes immediately. A historic cover, on a short-lived route possibly on the last regular flight on this route.