WWII British army mail from Palestine...
◀ Back to: Auctions 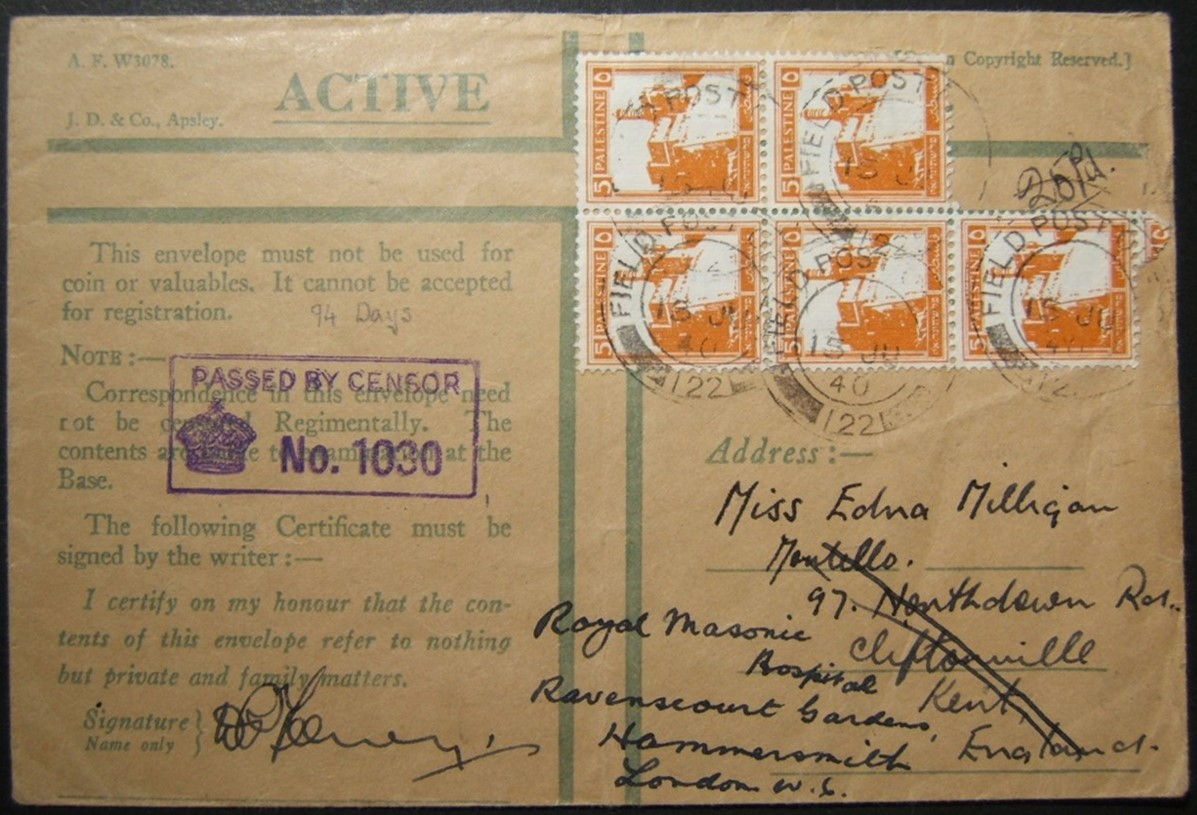 Hover to Zoom, Click to Enlarge
Ask a question about this product
Log-in to Bid
Description
WWII British military mail in Palestine / post- Empire Air Mail alternative routed mail: 15 JUNE 1940 green honour envelope (by J.D. & Co., Apsley) from FPO 122 (TULKARM) to CLIFTONVILLE (misspelled "-mille"), franked 25m using 5x 5m Mandate pictorals (scarce multiple franking) at the period Ala Littoria Italian air mail rate to the UK (no other possibility for this fee at this time) - except that this service was suspended on 10-11 June with Italy's entry into the War: though posted in time to be carried by the 1st flight (WS1) of the new semi-air/semi-sea 'horseshoe route', departing SYDNEY on 19 JUNE, this cover was underfranked for the service's 60m postage rate via Imperial Airlines/BOAC and as backstamped 16 SEP 1940 MARGATE transit (eg. as per Kent region address on cover) - key proving date, 94 days transit in total - unlikely to have been carried via the horseshoe route as the 1st flight's UK-bound mail reached Britain on or around 25 JUNE (the 8th flight leaving SYDNEY 7 AUG would be the closest possibility); probably transported entirely by sea around Africa, then northward to the UK; locally re-routed to LONDON. Passed censor #1030 in Palestine; opened gently at back & resealed. Rare instance of alternate routing to the horseshoe route in this early period.