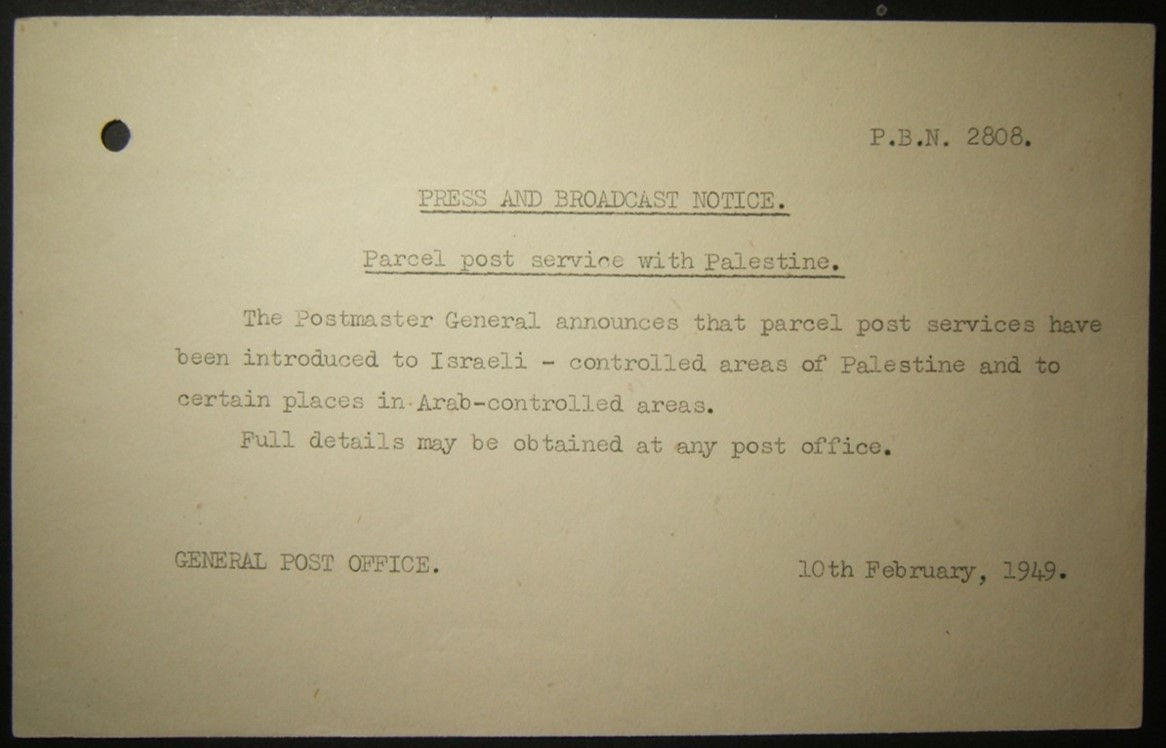 Hover to Zoom, Click to Enlarge
Ask a question about this product
Log-in to Bid
Description
1948 Wartime Palestine/Israel - original Post Office notice: mimeographed 10 Feb 1949 notice PBN 2808 from the British General Post Office (London) announcing resumption of parcel post services to "Israeli-controlled areas of Palestine and to certain places in Arab-controlled areas". The notice concludes "full details may be obtaied at any post office". Near-mint condition with filing hole at upper left corner & light vertical fold near center. This notice would have been in conclusion to the suspension initiated on 23 Feb 1948 & announced in PBN 2697 (above). The Israeli War of Independence ended a month later on 10 March although armistice agreements were signed with individual Arab belligerents between Feb-July 1949.