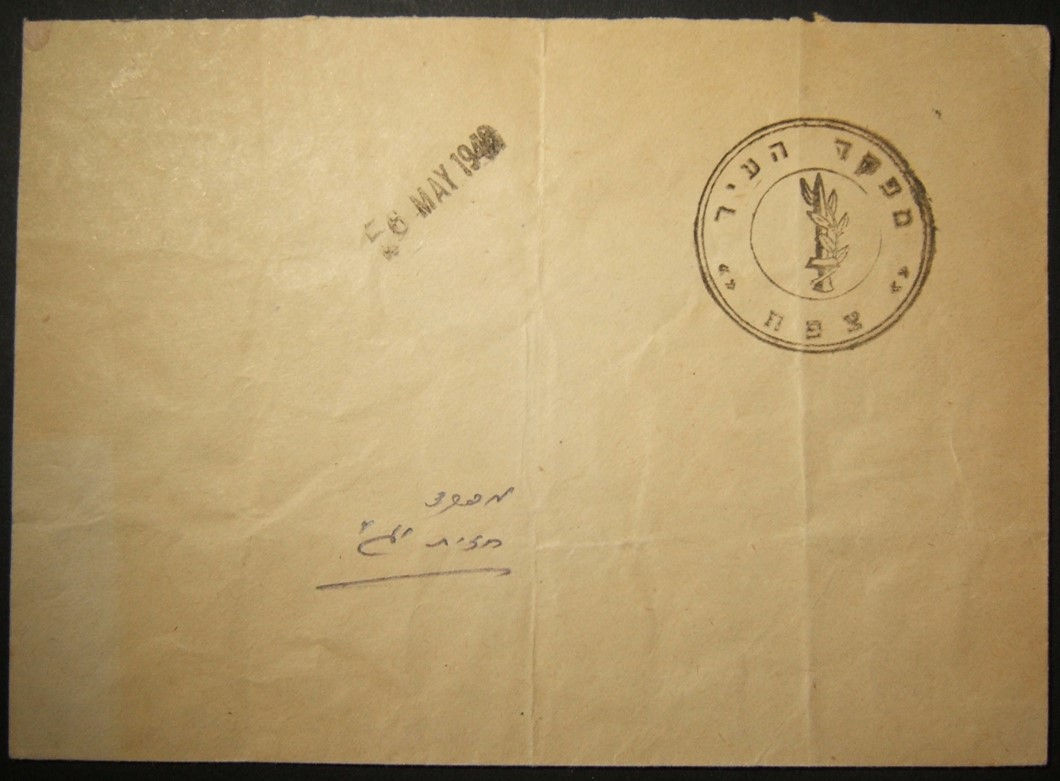 Hover to Zoom, Click to Enlarge
Ask a question about this product
Log-in to Bid
Description
1948 War of Independence/besieged Safed: stampless 6 MAY 1948 dated Hagana military mail from SAFED Town Commander (Elad Peled of the Palmach) to Commander of "Hazit Gimmel" (3rd Front), probably Shmuel (Mula) Cohen, commander of the 3rd battalion of the Palmach's Yiftach Brigade (prior to 23 May there were no "Front" designations in the military, and the first appointed to the northern region was Moshe Carmel who prior to this was in charge of Haifa & the western Galillee) tied by Town commander's cachet 1x on front & 2x on back; here mailed on day of failed attempt to capture the town fortress ("Metzuda"); operation to liberate the city took place 10-12 May. Safed was under complete siege from 16 April - 2 May, with postal services resuming 4 May & semi-siege lifted 11 May. During most of this time communication was by Army couriers through the lines; cover vertically folded 3 times as typical of couriered covers + lacks postal markings. Very fine, slit open at top. Rare as Safed military mail.