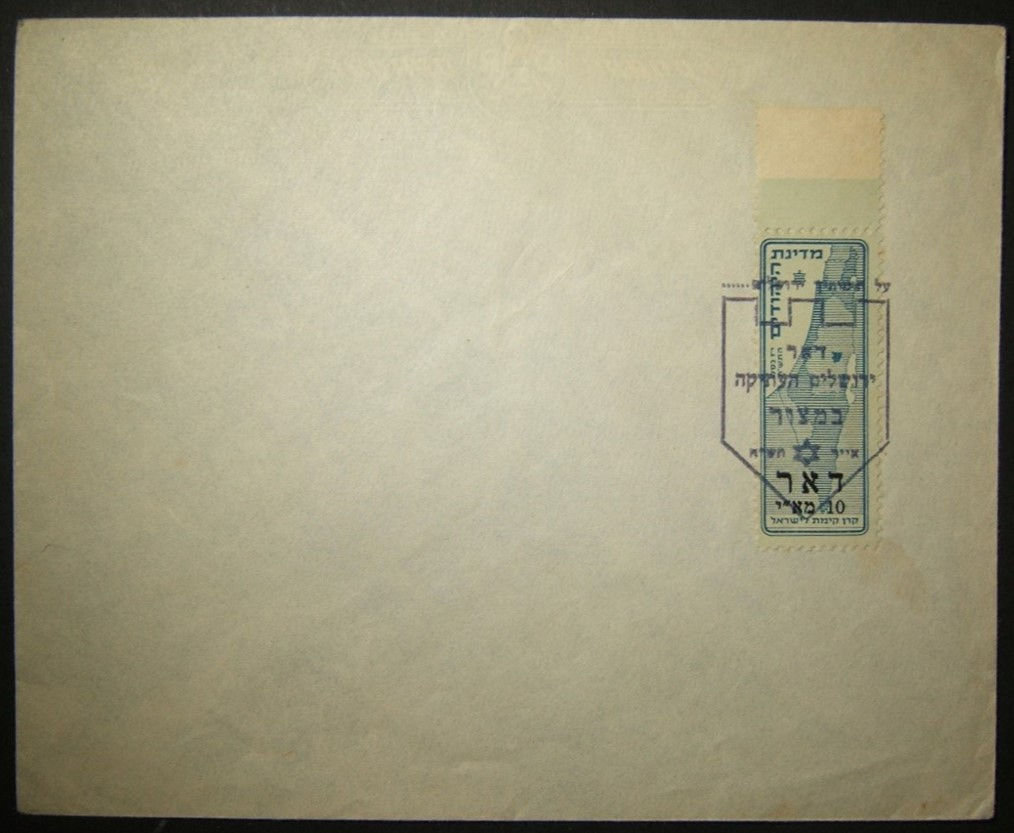 Hover to Zoom, Click to Enlarge
Ask a question about this product
Log-in to Bid
Description
1948 JERUSALEM siege / Jewish Quarter of Old City: full strike of Second "Wall" Postmark (חותמת החומה) tied to top-guttered Interim 10m JERUSALEM Locals II frank on unaddressed cover (franked per period letter rate) on mint "Doar" stationary envelope. This 2nd type was ordered as the original one was not portable. It was received on 10 May (same date that the Locals II frank entered use) by the last convoy to reach the besieged Old City, and any mail marked by it was carried by the last outgoing convoy on the 13th (day before Independence day). Unlike the 3rd type (created after establishment of Israel) known only for souvenir and philatelic strikes, this 2nd version was legitimately used by the defending forces in the Jewish Quarter of the Old City. Extremely rare and very fine - at a minimum as a genuine momento from the "siege within the siege".