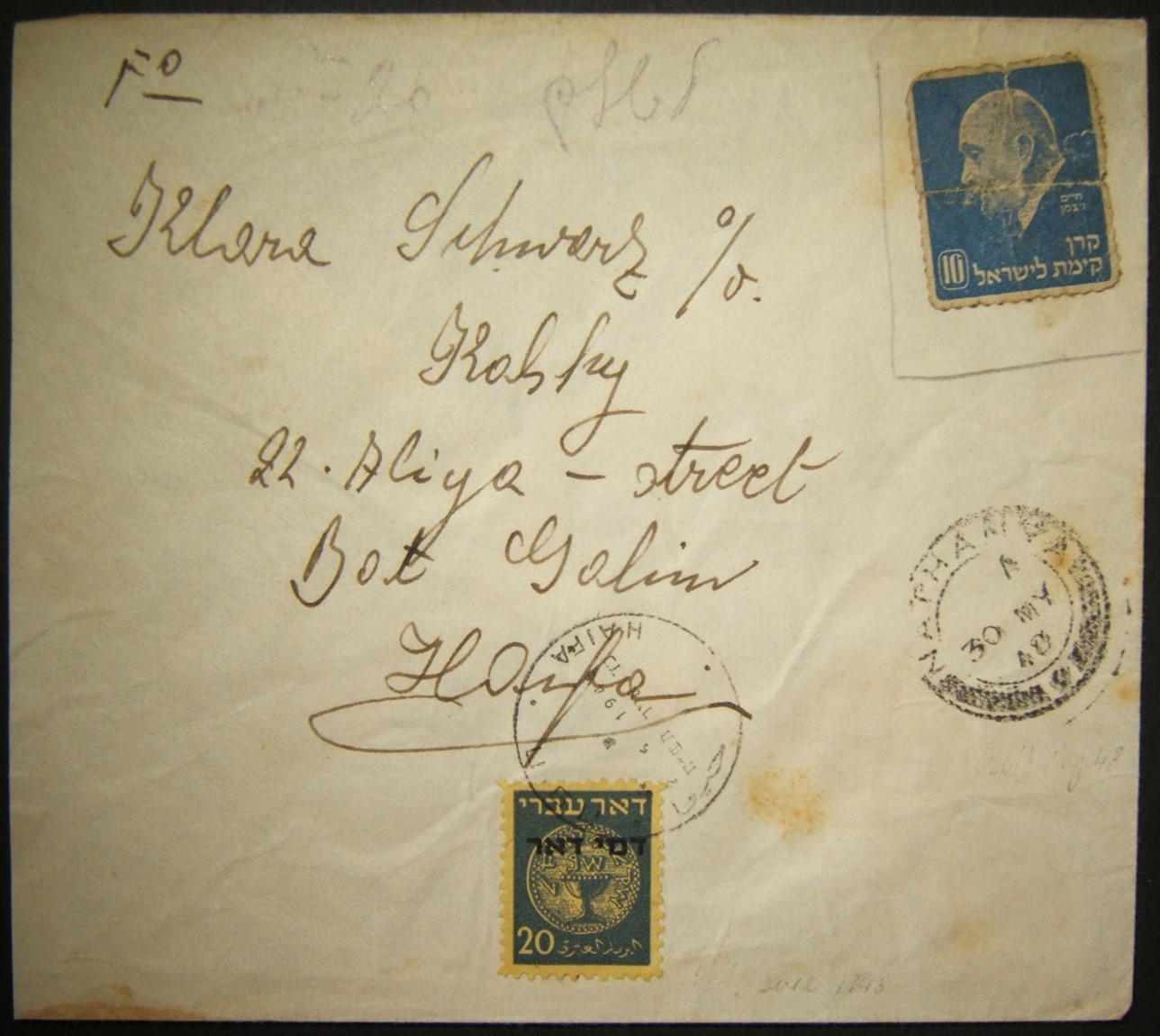 Hover to Zoom, Click to Enlarge
Ask a question about this product
Log-in to Bid
Description
1st Postage Dues on 3-period cover: 30 MY 1948 cover from NETANYA to HAIFA, franked 10m per period inland letter rate but using now-invalid (as of 22 May) Minhelet Haam frank (faint 'DOAR' overprint visible at top left), and not cancelled; rather, reintroduced Mandate cancel applied, correctly, to field of the cover and it was then marked in Hebrew manuscript at top for 20m tax (double the deficiency), which was paid on 2-6-1948 using the 20m new 1st Postage Dues stamp (on 2nd day of use in Haifa) & tied by local head post office cancel. Cut open at left. The Israeli trilingual postmark entered local use on 1 July.