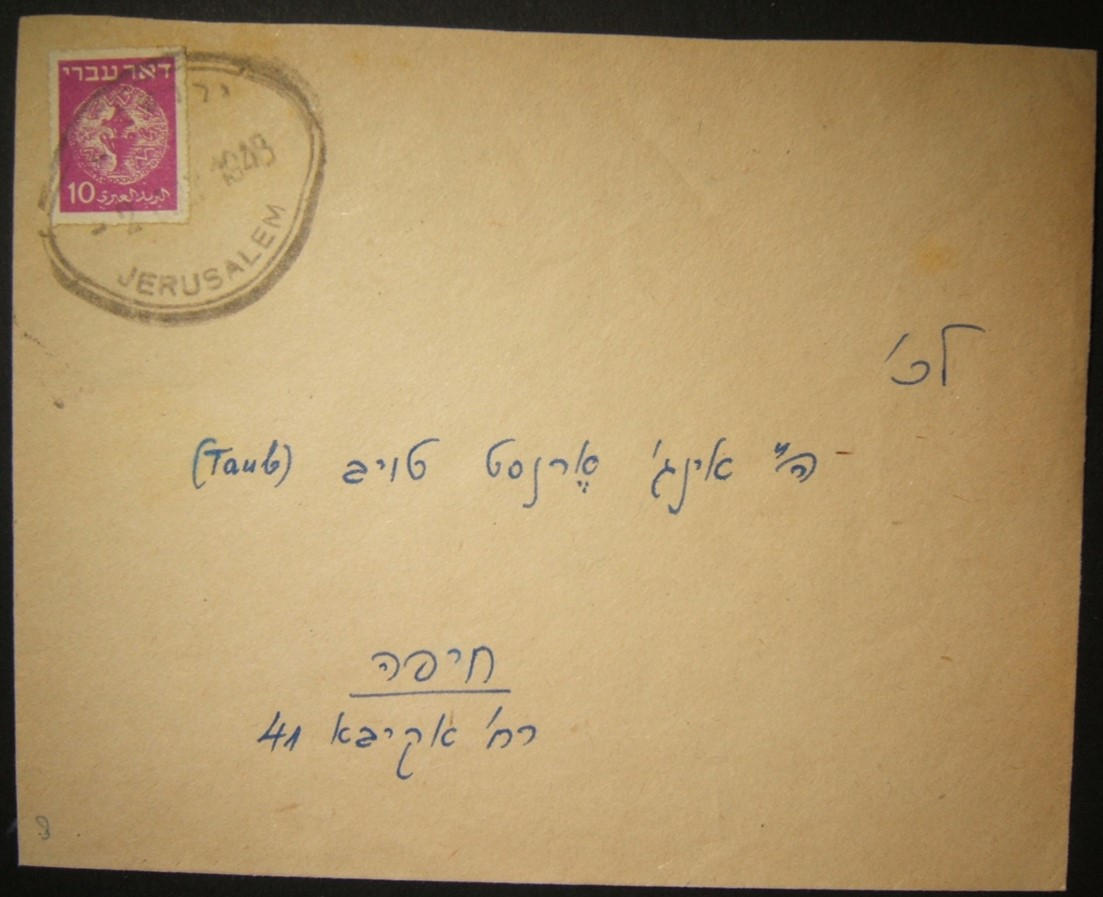 Hover to Zoom, Click to Enlarge
Ask a question about this product
Log-in to Bid
Description
Doar Ivri in Interim Jerusalem: rare rouletted 10m frank tied to cover from JERUSALEM to HAIFA & cancelled by -2 JULY 1948 interim egg postmark (2 days before last day of use). Doar Ivri stamps officially entered use in Jerusalem on 20 June but it is generally believed that the rouletted types were not included in the first shipment; as these were the earliest type of Doar Ivri stamps produced, these are rarely seen on later-dated mail originating from Jerusalem; cut open at top.