Substituted letter in Hebrew date-line...
◀ Back to: Auctions 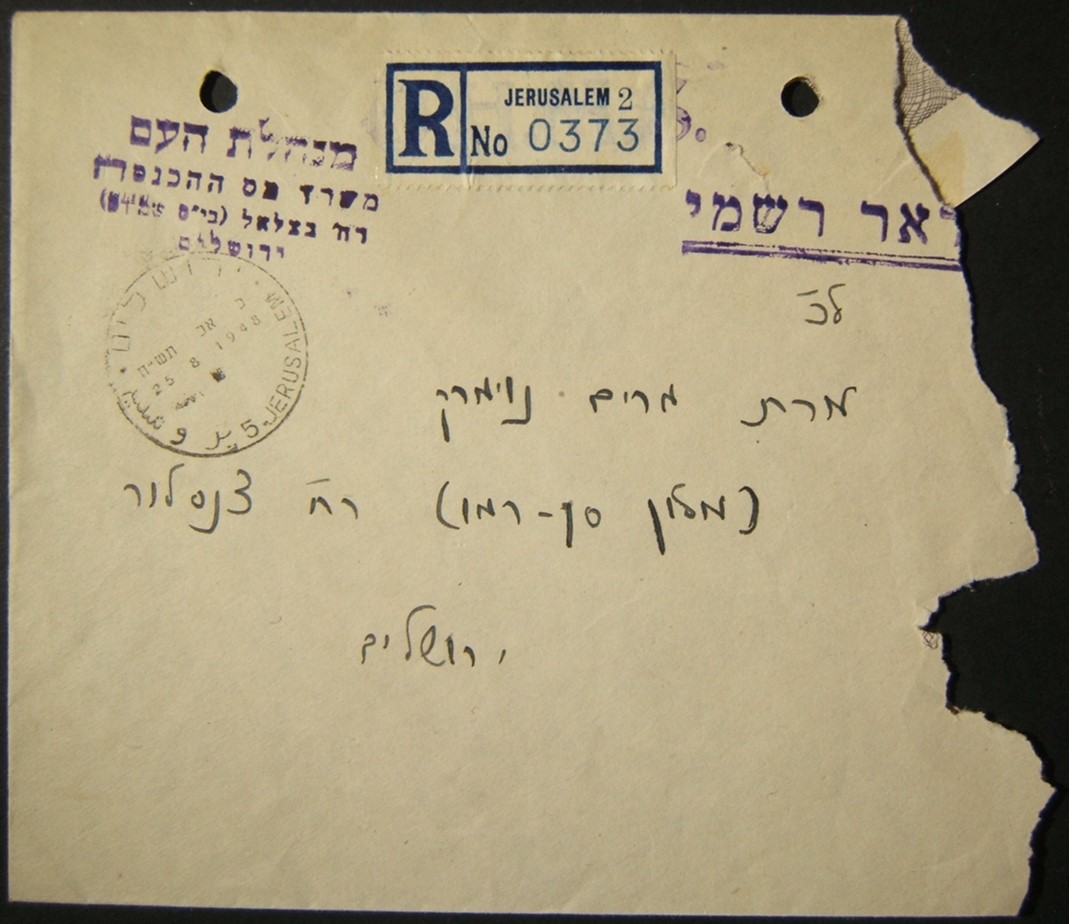 Hover to Zoom, Click to Enlarge
Ask a question about this product
Log-in to Bid
Description
SUBSTITUTED letter in Hebrew date slug: 25-8-1948 stampless registered official mail cover on requisitioned OHMS stationary from Tax Authority to local address, tied by 1 full strike on front + 2 on back of JERUSALEM 5 (Main Post Office) postmark whose Hebrew month is spelled here Alef-Kaf instead of Alef-Bet (for "Av"): the character used is more boxy than the Kaf letter but it lacks the tail stroke of the letter Bet and in its place is rounded off much like the letter Kaf. Undocumented: either an improvised substitution or the workshop which manufactured the letters didn't produce the shape correctly. Shown is also a comparison to the correct letter used on cancel the day before at JERUSALEM-5. Torn open at right, piece missing; 2 filing holes. Highly unusual circumstance.