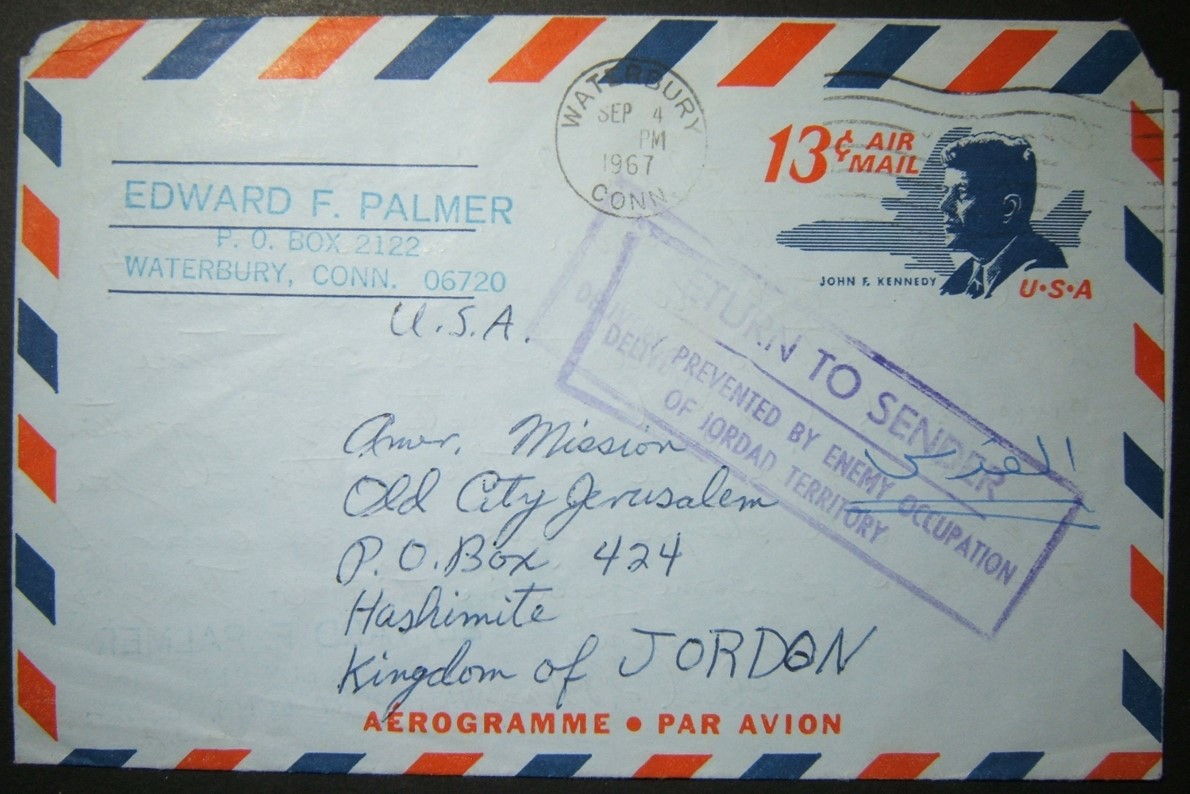 Hover to Zoom, Click to Enlarge
Ask a question about this product
Log-in to Bid
Description
Jordanian post-1967 War "no service" mail to Israel: 4 SEP 1967 postmarked air letter/aerogramme from WATERBURY (US) to American Mission in Old City in JERUSALEM "JORDAN", with pre-printed 13c frank & tied by local machine cancel; with locale now held by Israel, as of September 1967 Jordan began holding back all mail destined to former Jordanian territories newly held by Israel, in AMMAN - and then released it all back to sender en-masse 13 months later (Sept. 68), after applying an English-language "Return to Sender | Delivery Prevented by Enemy Occupation of Jordad(sic) Territory" instructional marking handstamp - here K-Type-Va, applied in September 1968 per Kibble. Oddly the cover is backstamped 19 FEB 68 AMMAN transit - 5 months after dispatch; very late arrival/processing. Rare: one of the earliest postmarked covers known to be affected by this policy; prior to this, from 5 June - 12 Aug 1967 Jordan transferred such mail to Israel via the Red Cross.