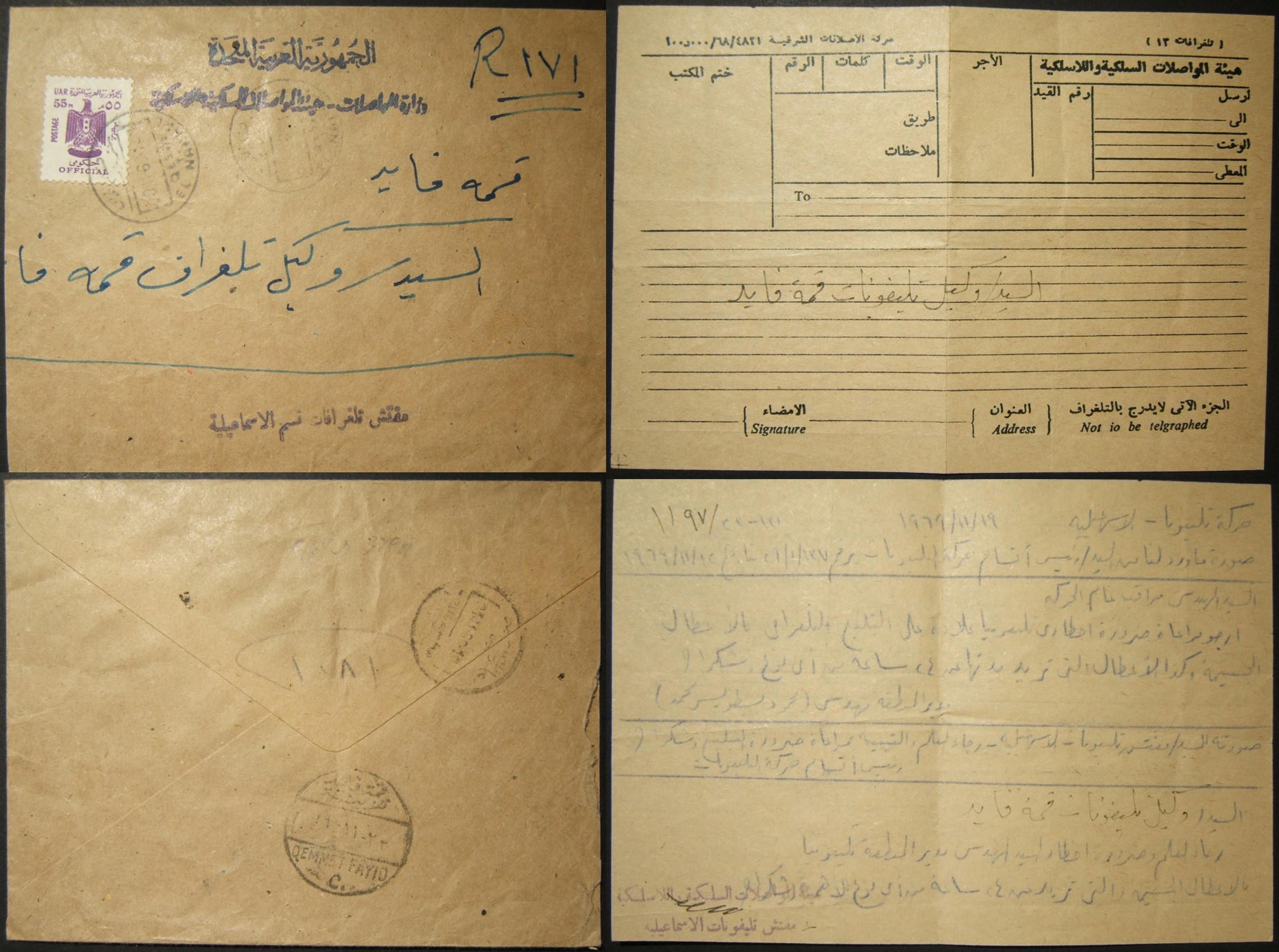 Hover to Zoom, Click to Enlarge
Ask a question about this product
Log-in to Bid
Description
1973 Yom Kippur War Israeli-captured Egyptian mail: 20-11-1969 registered cover from the district manager/Chief of the Telephone Traffic Department at QESM EL NAH to the Inspector of Telegraph at the Ministry of Transportation / Telecommunications Authority at QEMMET FAYID, franked 55m per period rate & tied by 2x strikes of the local postmark on front + manuscript registry number R171 at top right (and back) & 2 governmental handstamps (top/bottom) "Ministry of Transportation, Telecommunications Authority" and "Department of Ismailia"; backstamped next day transit (postmark unclear) & Arabic-dated 69-11-23 arival - all scarce postmarks. Arabic/English Telegraph form with message enclosed (translation provided with this lot), dated 19-11-1969 to the Telephone Traffic Superintendent & the Deputy of Telegraphs, requesting to be informed by call about any severance problems or faults lasting more than 24 hours.