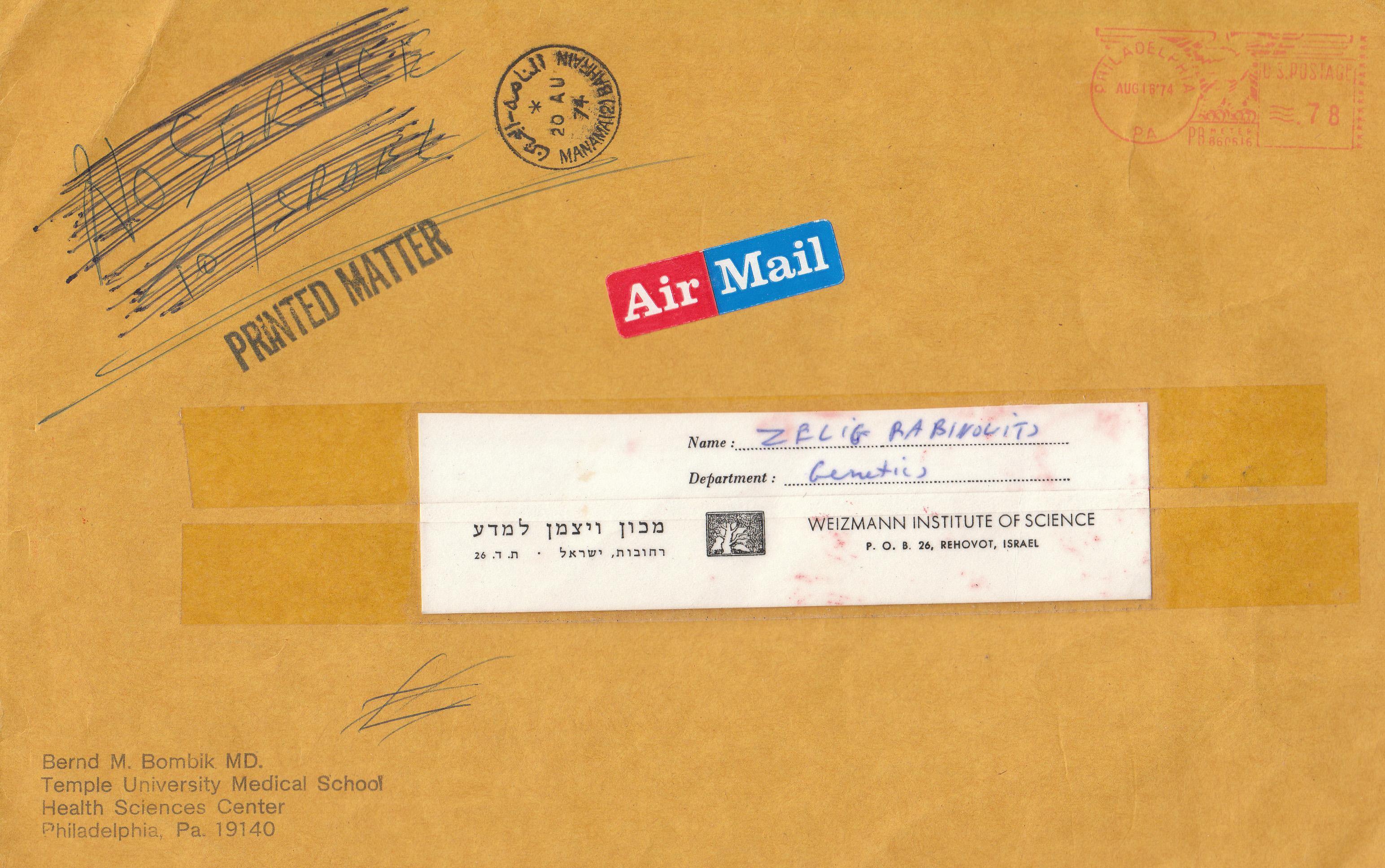 Hover to Zoom, Click to Enlarge
Ask a question about this product
Log-in to Bid
Description
Bahranian postal boycott of Israel: 16 AUG 1974 large airmail printed-matter cover from Temple University PHILADELPHIA to Weizman Institute REHOVOT, meter franked 78c; mis-routed via BAHRAIN, where front-stamped 20 AU 74 MANAMA arrival + marked in manuscript "No Service to Israel" & returned to sender; manuscript crossed-out on arrival & resent to Israel. This is the only known example of "no service" mail to Israel via Bahrain. Locale had already refused to accept mail from Israel in 1959 (19 Aug.), while still a British dependency; here Bahrain independent as of 1971. Of note: a high proportion of letters to sensitive research facilities in Israel appear to have been mis-routed via Arab countries as seen in the collection of no-service mails displayed in this sale.