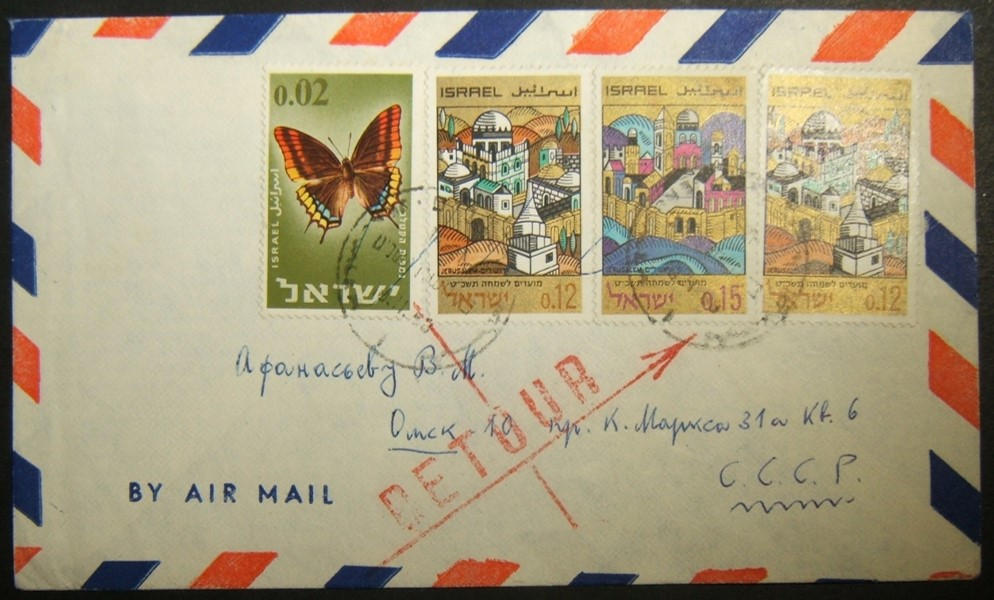 Hover to Zoom, Click to Enlarge
Ask a question about this product
Log-in to Bid
Description
1968 Soviet Postkrieg mail: 18-11-1968 airmail stationary cover from JERUSALEM to OMSK (USSR) franked 41 Agorot per the FA-18 period 40ag letter rate to Europe using 0.02ag 1965 Butterflies stamp (Ba 324) + 3x stamps of the 1968 New Years series (Ba 406/7) - these latter which commemorate Unified Jerusalem, unofficially boycotted by the Soviet Union, which applied a red Postkrieg handstamp "Retour" (Return) marking of an arrow-cross, obliterating the address and indicating the objectionable object + manuscript obliteration of the relevant stamps with ink-pen (this unusual & not performed even prior to the use of the handstamp marking, not recorded in Kibble); no local transit markings were applied & the cover was returned to sender; opened gently at back.