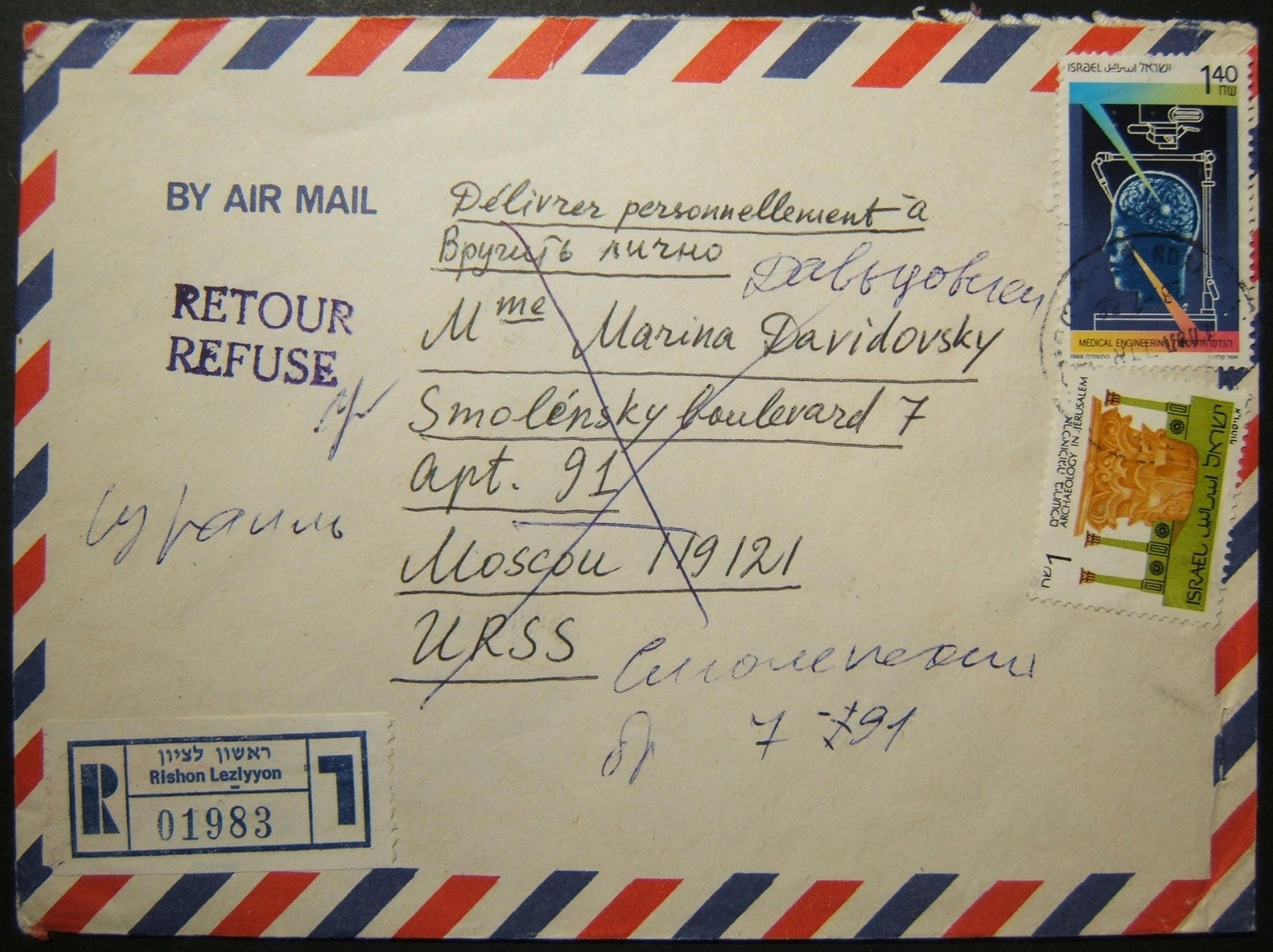 Hover to Zoom, Click to Enlarge
Ask a question about this product
Log-in to Bid
Description
Soviet subtle 'postkrieg' against Israel: 28-2-1988 registered airmail cover from RISHON LE ZION to MOSCOW (USSR) for "personal delivery", franked 2.40NIS per FA-38 period rate & franked with 1.40nis 'Medical Engineering' + 1nis 'Archeology in Jerusalem' - the latter being boycotted by the Soviet authorities for promoting Israeli sovereignty in united Jerusalem: the cover was backstamped 15-5-88 (long 2 month transit time for airmail - deliberately handled slowly) MOSCOW transit, with the address albeit being translated to Russian - but then being cross out and cover tied by French language "Return | Refused" instructional marking handstamp. With such a long and precise address it's clear that the senders knew the letter's delivery may encounter difficulty and that the official reason given for mail's return was an excuse.

Undocumented case in Postkrieg research: in the 1970's and 80's the USSR took many active postkrieg measures against Jewish and Zionist targets - many of which remain undocumented in Postkrieg literature, and as a 10 Feb. 1986 Jewish Telegraphic Agency report notes, about the Soviet Union's refusal to accept mail franked with the 1986 Herzl stand-by definitives, the Soviet post office didn't resort to dramatic postal markings and simply marked the refused mail with standard "addressee unknown" handstamps. Here too, although not a documented example with the Archeology stamps but confirmed by numerous similar covers studied, the USSR used subtle bureaucratic procedures to deny postal service (though it's accentuated by the senders' use of postal services to track shipment and confirm delivery to known addresses) - all undocumented in the Postkrieg catalogue.