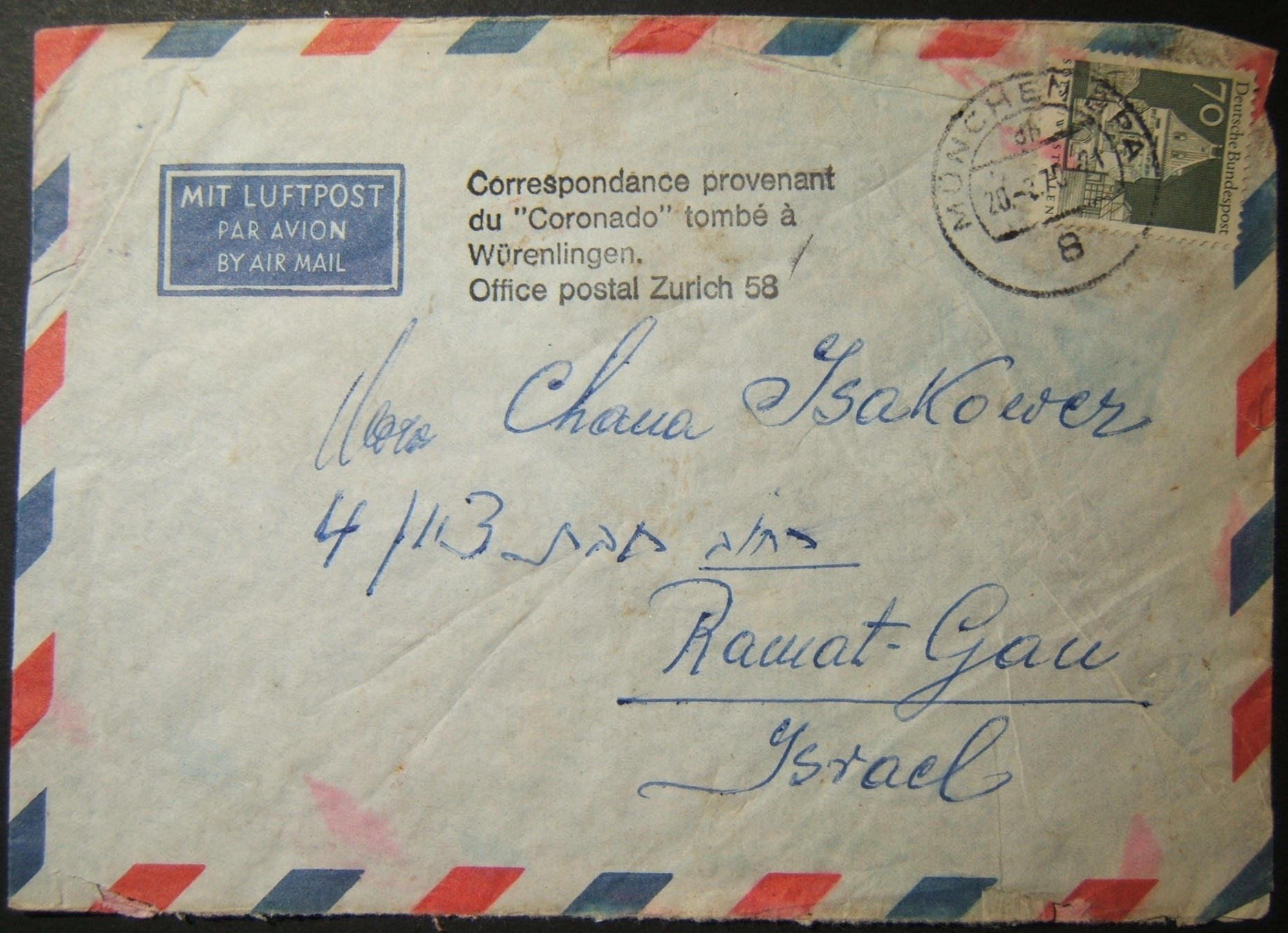 Hover to Zoom, Click to Enlarge
Ask a question about this product
Log-in to Bid
Description
Terror Mail' / Crash mail (the "Coronado"): 20-2-1970 airmail cover from MUNICH (Germany) to RAMAT GAN, franked 70pf per period rate & tied by single strike of local postmark; the 4-lined text French instructional marking on the front ("Correspondence is from 'Coronado' that fell in Würenlingen. Zürich 58 Post Office") indicates that that this letter was routed through ZURICH (Switzerland) where it was dispatched on Swissair flight 330 (21 Feb. 1970), a Convair CV-990-30A-6 "Coronado" aircraft, bound for TEL AVIV - the plane, with 38 passengers & 9 crewmen, also carried a letter-bomb, posted by members of the Popular Front for the Liberation of Palestine (PFLP), that had been placed in a package with an Israeli address; this exploded 9 minutes into the flight, and with the plane sufficiently damaged, it crashed in WURENLINGEN, near Zurich with the deaths of all onboard. Only a small amount of mail was recovered from the crash, and so it is rare. The event dramatically impacted airmail handling practices around the world and restricted airmail to Israel for several months thereafter. Illustrated in Kibble, p. 300.