1974 British airmail to Australia from...
◀ Back to: Auctions 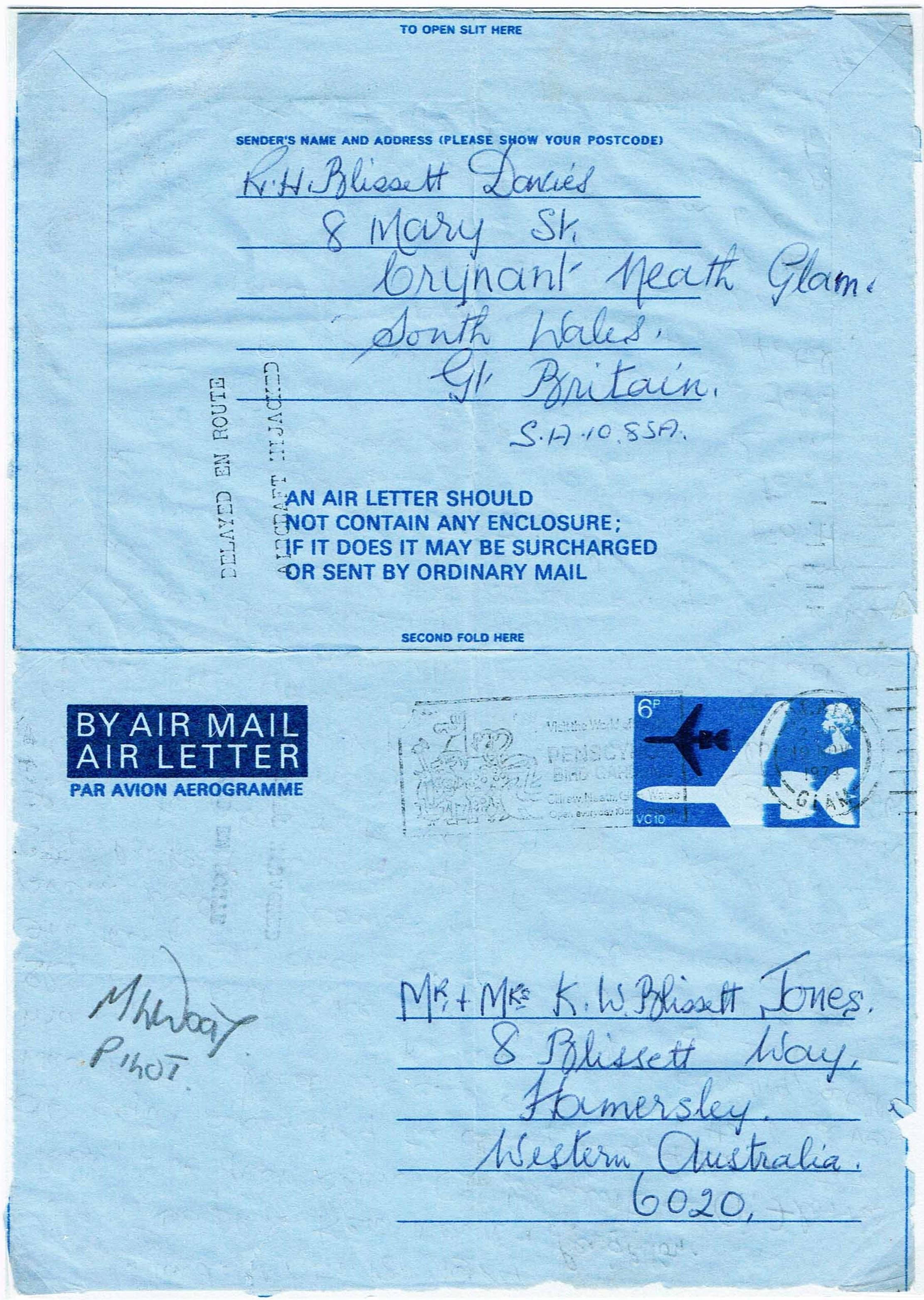 Hover to Zoom, Click to Enlarge
Ask a question about this product
Log-in to Bid
Description
[Signed] Hijack mail - 1974 BA870 Hijack: 19 NOV 1974 airmail air letter ex NEATH Britain to HAMERSLEY (Perth) Australia pre-franked 6d & tied by machine slogan cancel; this was part of a shipment of mail originating in UK between 16-20 Nov. & carried by British Airways flight 870, en-route to Brunei via Calcutta & Singapore when hjacked on evening 21 Nov. by 4 members of Abu Nidal Organization while refuelling in DUBAI & re-routed to TRIPOLI Libya (Lebanon refused entry to Beirut); after refuelling, flew to TUNIS (22 Nov) where 1 passenger executed (23 Nov) following ultimatum deadline; next day 5 terrorists from Cairo + 2 from Holland joined the aircraft & hostages were released (45-46 on board), leaving 3 crewmen + 11 terrorists on board, who threatened to blow plane up; lacking external political support & deadlines passing, the hijackers surrendered morning 25 Nov. Plane left TUNIS next day & returned to UK with 2.5 tons of mail, where it was forwarded to its destination on the next available BA flight.

Less than 50 items known stamped with official hijacking informational marking (uniquely at PERTH Post Office), of which only 2 signed by pilot 2nd Officer Michael Wood (subsequent to & independent of the hijacking) + this cover is marked by K-Type-I IM (backstamp) of which only 10 covers such stamped are known: as the marking left mirror impressions from slow drying ink, it was replaced by the Type-II informational marking. The mail was delivered to Perth general post office on 29 Nov. where the IM was applied, and the mail delivered on 2 Dec. (based on Kibble research).