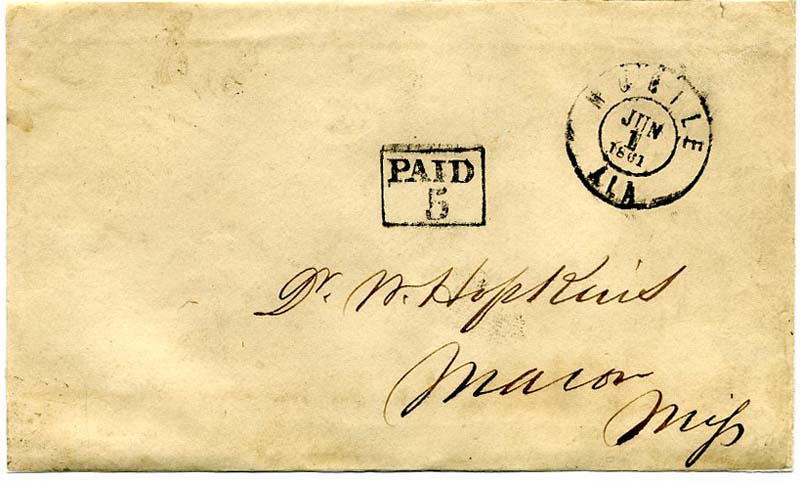 Hover to Zoom, Click to Enlarge
Ask a question about this product
Log-in to Bid
Description
1st Day of the Confederate Postal System: front of stampless JUN 1 1861 postmarked cover from MOBILE Alabama to Dr. W. Hopkins of MACON Mississippi, tied by near-full strike of full-dated double ringed datestamp & boxed PAID 5 handstamp (CSA cat type B - similar but slightly different "5" digit); professionally rebacked. The postage rate used here was the new 5 cent domestic letter rate for distances of under 500 miles, replacing the US 3 cent rate which was in effect until 31 May. As of 1 June, all US postal services were ceased in the South as a result of the Confederacy's postal service to assume control of this service as of that date (the Union reciprocated this postal suspension on 7 June). As such, as of this date too, the regular postal service in the South was limited to the Confederacy's territory only - and mail beyond its borders had to be serviced by a number of special & complex mail services/routes.