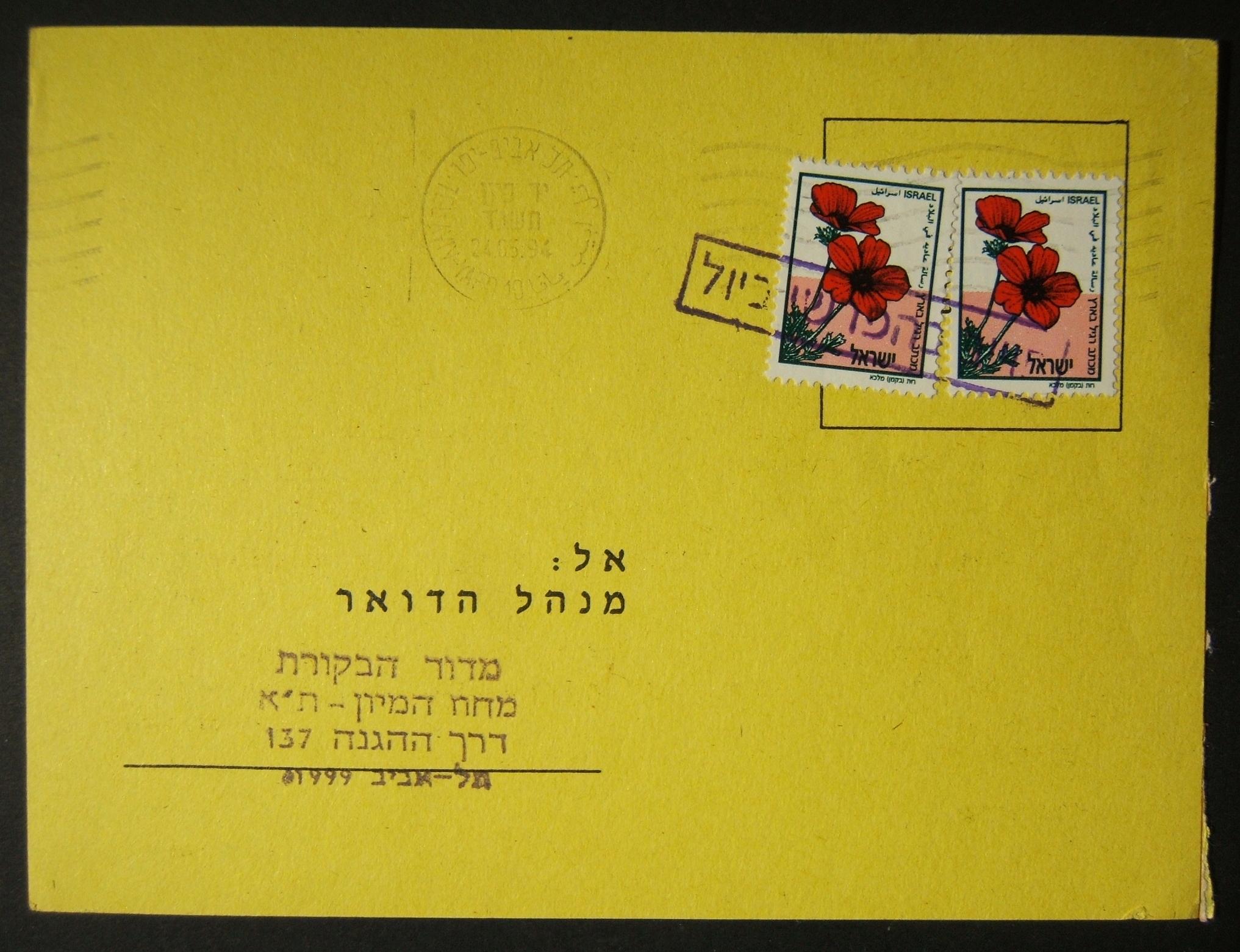 מחיר
Sales price $15.00
Ask a question about this product

תיאור המוצר
1994 DO-74 rate period franked taxation notice: 19 MAY 1994 HE dated "11/93" sender taxation notice to TLV requesting additional franking for attempting to send a letter whose weight was non-standard (manuscript notation at base): the sender paid 0.85 NIS instead of 1.50 NIS, and was charged 1.30 NIS (double the deficiency), which he paid as postage due using 2x non-denomational 1992 Anemone Ba-SB.25 tied by 24.05.94 TLV machine cancellation and cancelled by cachet "charged difference in franking" , on return-reply card to the TLV postal inspector. 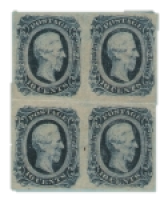