Price
Sales price $300.00
Ask a question about this product

Round pin with Hebrew letters for "S" and "Y" - "Sochnut Yehudit" (Jewish Agency) alongside a portion of Palestine; soldiered pin on back.

The "Jewish Agency for Palestine" succeeded an earlier body called the "Zionist Executive", and served as both the executive arm of the World Zionist Organization as well as a quasi-government of the Jewish state-in-the-making in Palestine (the "Yishuv").

The Agency was founded at the 16th Zionist Congress in 1929 and empowered according to the 1920 terms of the San Remo conference which granted Britain a mandate over Palestine, with a "Jewish agency" to coordinate policy with the mandatory government.

With the agreement of Zionist representatives from 26 countries, the Agency was officially established (1929) to tackle the growing needs of the Jewish community in Palestine and abroad: to raise more funds for the development of the local community as well as to assist Jews with immigration to Palestine.

In the 1930's and '40s the Agency actively pursued policies to establish more settlements in Palestine, enable Jews - "legally" and "illegally" - to reach Palestine and escape persecution, raise funds and forces for police and self-defence, and laid out political and economic plans for the future establishment of Israel - when independence was declared (1948), it was done so by the Jewish Agency.

The "derring-do" character of the Agency, together with its natural importance and influence was such that for many years then and since the phrase "Agency man" ("Ish Sochnut") meant "member of the Jewish Agency", and carried with it much import, implying power - the ability to get things carried out, or at least to influence their execution.

Of note: the map only shows the territory west of the Jordan River: in 1922 the British split "Trans-Jordan" out of the Palestine Mandate, effectively turning into a separate entity of its own (eg. not part of a future Jewish state); only in rightwing (Zionist-Revisionist) circles would one expect to see a map of "Greater Palestine", including Trans-Jordan - the Jewish Agency was led mostly by Labor-Zionists. 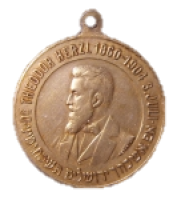 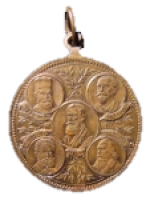 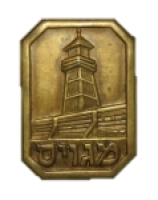 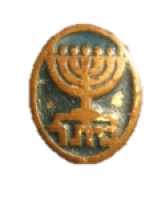